Having a strong internet connection while playing the new and hottest game, Pokémon Go, is proving to be a big asset.

Pokémon Go is a free-to-play, location-based, augmented reality mobile game developed by Niantic for iOS and Android devices. It was released in most regions of the world in July 2016.

1. Connectivity Strength
In my weeks of travel with Pokémon GO (Beta early release included), I've found that the best way to get online and stay online in the game is to find as strong an internet connection as possible. Once I'm RIGHT next to a router, for example, I have an easier time avoiding the Servers Down screen.
I've tested this theory with multiple devices - those with weaker connections to the web are treated to the Try Again Later page in Pokémon GO more often than those with a hearty, strong connection.
Once a device is connected, it's far more likely that a player will be and stay connected on their journey, than if they'd logged out and tried to log back in.

2. Knowing When to Close The App
While connectivity issues generally land in the category above, there are times when the user should consider closing the app rather than face future negative consequences. 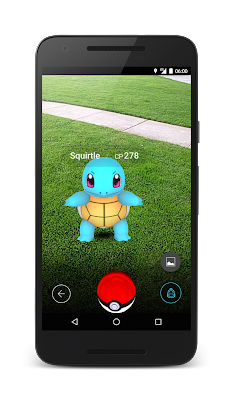 What helps distinguish Pokémon GO is how non-traditional its gameplay is. No button-bashing, or sitting in front of a TV for hours on end, but instead heading out with the smartphone that was probably already in your hand, and exploring a virtual world that has been blended in with the physical environment. It's something you couldn't do without all the key components of a modern phone: a sizable display, cellular connectivity, GPS, and a camera.
Indeed, smartphones, and Android in particular, are well placed to tackle just the sort of location-based gaming that Pokémon GO capitalizes on. The augmented reality on which the game is based, of course, comes from former internal Google startup Niantic, Inc., which used the lessons it had learned developing multiplayer game Ingress to deploy the Nintendo characters around the real world.

Wikipedia
Posted by Unknown at 3:49 PM No comments: 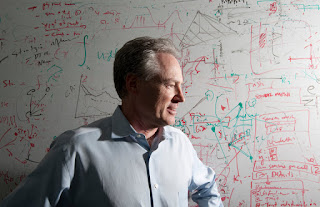 Microsoft scientists have demonstrated that by analyzing large samples of search engine queries they may in some cases be able to identify internet users who are suffering from pancreatic cancer, even before they have received a diagnosis of the disease.
The scientists said they hoped their work could lead to early detection of cancer. Their study was published on Tuesday in The Journal of Oncology Practice by Dr. Eric Horvitz and Dr. Ryen White, the Microsoft researchers, and John Paparrizos, a Columbia University graduate student.
“We asked ourselves, ‘If we heard the whispers of people online, would it provide strong evidence or a clue that something’s going on?’” Dr. Horvitz said.
The researchers focused on searches conducted on Bing, Microsoft’s search engine, that indicated someone had been diagnosed with pancreatic cancer. From there, they worked backward, looking for earlier queries that could have shown that the Bing user was experiencing symptoms before the diagnosis. Those early searches, they believe, can be warning flags.
While five-year survival rates for pancreatic cancer are extremely low, early detection of the disease can prolong life in a very small percentage of cases. The study suggests that early screening can increase the five-year survival rate of pancreatic patients to 5 to 7 percent, from just 3 percent.
The researchers reported that they could identify from 5 to 15 percent of pancreatic cases with false positive rates of as low as one in 100,000. The researchers noted that false positives could lead to raised medical costs or create significant anxiety for people who later found out they were not sick.
The data used by the researchers was anonymized, meaning it did not carry identifying markers like a user name, so the individuals conducting the searches could not be contacted.
A logical next step would be to figure out what to do with that search information. One possibility would be some sort of health service where users could allow their searches to be collected, allowing scientists to monitor for questions that indicate warning flag symptoms.
“The question, ‘What might we do? Might there be a Cortana for health some day?’” said Dr. Horvitz, in a reference to the company’s speech-oriented online personal assistant software service.
Although the researchers declined to offer specific details, Dr. White is now the chief technology officer of health intelligence in a recently created Health & Wellness division at Microsoft.
They acknowledged that health-related data generated from web search histories was still new territory for the medical profession.
“I think the mainstream medical literature has been resistant to these kinds of studies and this kind of data,” Dr. Horvitz said. “We’re hoping that this stimulates quite a bit of interesting conversation.”
The new research is based on the ability of the Microsoft team to accurately distinguish between web searches that are casual or based on anxiety and those that are genuine searches for specific medical symptoms by people who are experiencing them, he noted.
Both a computer scientist and a medical doctor by training, Dr. Horvitz said he had been exploring this area in part because of a phone conversation with a close friend who had described symptoms. Based on their conversation, Dr. Horvitz advised him to contact his doctor. He received a diagnosis of pancreatic cancer and died several months later.
The availability of vast sets of behavior data based on individual web queries using the search engines offered by companies like Google and Microsoft has for a number of years been seen as a potential indicator of health-related information.
In 2009, Google published a research paper that explored the potential of early detection of flu epidemics based on statistical analysis of web search logs, though the results of that effort ultimately fell short of what had been hoped.
More recently, Microsoft researchers have had significant success in finding early evidence of adverse drug reactions from patterns observed in web logs. In 2013, they detected unreported side effects of prescription drugs before they were found by the Food and Drug Administration’s warning system.


The researchers are exploring evidence related to a range of devastating diseases. They also said that unlike the drug interaction data, which would be of direct value to the F.D.A. as an early alert, it was possible that symptom alert data might be made available as part of a broader online health service that a company like Microsoft might offer.
Citation for this post:
http://www.nytimes.com/2016/06/08/technology/online-searches-can-identify-cancer-victims-study-finds.html?_r=0

How to Speed Up My Computer 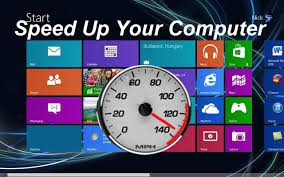 Waiting for a slow, creaking, computer to churn through a simple task is one of life's biggest annoyances. Instead of throwing it out the window, try some of these tips to fix a slow PC.

Delete temporary files
Whenever you use the internet the browsing history remains in the depths of your PC. The same thing happens when you install something. It's like never throwing away the packaging when you buy a new TV, although doing so will free up space on your system. To get rid of this clutter,delete the temporary files.

Get additional RAM
Does your computer slow down when you have several applications open at once? This is using RAM, the memory your PC uses to run programs, and can be easily upgraded. See if your computer’s RAM is maxed out.  If not, adding additional RAM will help.

Run a disk defragment
Don't be scared by the description. This is essentially a way to optimize your hard drive's efficiency.
Run a disk clean-up.  Cleaning up your system will also speed things up.

Buy a new PC
This is drastic, but if none of these steps helps, and taking it in for service does not help, try a new computer.  The newer ones are faster and can cut your work time, not to mention your stress level, considerably.

Support at Rock Solid Internet
www.getrsi.net
Posted by Unknown at 10:04 AM 1 comment:

Trouble Shooting the Speed of My Computer 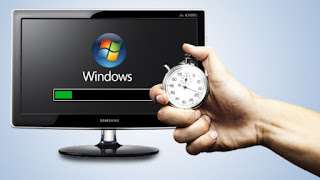 Your computer can run slowly for many reasons. You need to troubleshoot some of the common causes.

These are great tips that can help you keep your computer running smoothly.

How Do I Protect My Computer From A Virus

Run virus scans at least once a week. 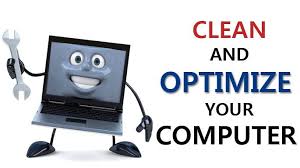 Viruses can greatly reduce your connection speed, as well as put your information and identity at risk. Keeping your computer virus-free will go a long way towards speeding up your connection.

Protecting your computer can keep it running efficiently for you.

Support at Rock Solid Internet
www.getrsi.net
Posted by Unknown at 9:13 AM No comments:

We offer high-speed broadband Internet and digital telephone service throughout rural communities around the San Antonio and Austin areas. We also offer local digital telephone service anywhere in the United States, with UNLIMITED free long distance service anywhere in the United States or Canada. Additional charges apply to other countries.
Our ownership has over 32 years of experience as an ISP (Internet Service Provider), and over 38 years of experience in the computer industry.
While other Internet providers offer slow speeds, spotty service, and high prices, Rock Solid Internet & Telephone offers the fastest speeds at the lowest price. We are able to do this by utilizing our many years of experience designing fast, efficient networks. Our friendly, experienced installers treat your home or business with the utmost care when we install the necessary equipment to provide you with the finest in high-speed Internet and telephone service.
We are often asked, "How can your company provide high-speed Internet when companies like AT&T, Time Warner, and Verizon can't?" The answer is: They can, but it would cost them more money to do it than they are willing to spend to put high-speed Internet in your neighborhood or community. We are doing it for you RIGHT NOW!
Rock Solid is so sure that you will find our service to be the best in the area; we offer a 30 day, full money-back guarantee. We know you will love our Rock Solid commitment to great service and we hope you tell all of your friends!

Support at Rock Solid Internet
www.getrsi.net
Posted by Unknown at 8:00 AM No comments: